A Quest of Quality and Talent in Art

The IOMR was born as a result of the passion for Old Masters of its founder and director, Carlos Herrero Starkie, which was nurtured during the ‘80s alongside his parents when they were forming an important private collection. This urge to collect and study Arts has permitted him to sharpen his eye as a “connoisseur”, recognized as one of the most acute and intuitive of the sector by all curators of Museums , experts and restorers who, after rigorous study, have supported his discoveries of Old Masterpieces. This project has received the backing, as principal benefactors, of Veronica and Ignacio Lasa, both great lovers of Art and other patrons and friends interested in the diverse projects undertaken by the Institute.

The IOMR is constituted with a double objective: on the one hand, to institutionalise this urge to discover “Old Masterpieces”, disregarded and forgotten due to having been incorrectly catalogued, giving back to them the credit, splendour and status they deserve, and on the other hand, to share with other collectors the network of contacts in the world of Art which its founder has developed throughout his more than 30 years’ experience as a connoisseur-collector.

His sensitivity and knowledge of Art, specially valued for its versatility and eclecticism, guide the Institute in its search of the genius and the unique artistic talent of each Master in works which have been disregarded and whose quality, originality and beauty, hidden under layers of varnish and numerous restorations, only an intuitive eye like his own is able to see. This has permitted him to bring forth to the light works which, in collaboration with the highest authorities in the art world and after complicated restoration processes, have turned out to be magnificent examples of diverse artists such as Joos van Cleve, A. Van Dyck, El Greco, Franz Pourbus, Bartolomé Esteban Murillo, Theodore Rombouts, Franz Francken, Juan Valdés Leal, Paul de Vos, Nicolas Lancret, François Desportes or Luis Tristán, amongst others.

From the outset of 2016, following on the discovery of a pair of exceptional sculptures by Alonso Berruguete and as a result of the constant interest in scrutinizing what others have simply not seen, the IOMR has concentrated itself, together with the art authorities, university professors and curators, on Spanish XVIth century sculpture and has even discovered authentic Masterpieces of this period, forming a collection of Spanish Renaissance sculptures which constitutes a unique Corpus. Integrated in this newly discovered group are works by Alonso Berruguete, Juan de Valmaseda, Arnao de Bruselas, Francisco Giralte, Isidro Villoldo... The Institute’s intention is to arouse amongst institutional and private collectors an interest in this period of Spanish Art which is so transcendental, recuperating it from oblivion and making it known by means of publishing books, giving advice regarding the purchase of Masterpieces and organising exhibitions which would promote international recognition of what we consider the corner stone of the source of Spanish genius in Art.

On the other hand, another of the Institute’s concerns is to endeavour to give more life to the collecting of Old Masters among the new generations. For this purpose, we try to propitiate dialogue with modern and contemporary art, in order to find common grounds, creating areas for aesthetic co-existence, and also contrasting opinions with persons in the world of Art who have an integrating vision, with special reference to decorators, Art critics, museum curators, contemporary artists or recognised collectors and patrons of Art.   At the same time, the Institute has the intention of directing a critical eye to the present world of Art, trying to discern amongst the enormous offer of contemporary art what, in its opinion, are authentic Masterpieces, based on what has always been the touchstone of its founder, his capacity for revealing the quality and excellence of a work of Art. A quality which, though this appears paradoxical, is common to both modern and antique Art, since Art develops an evolution whose boundaries are marked by the great Masters of all the epochs and which contemporary Art cannot ignore. 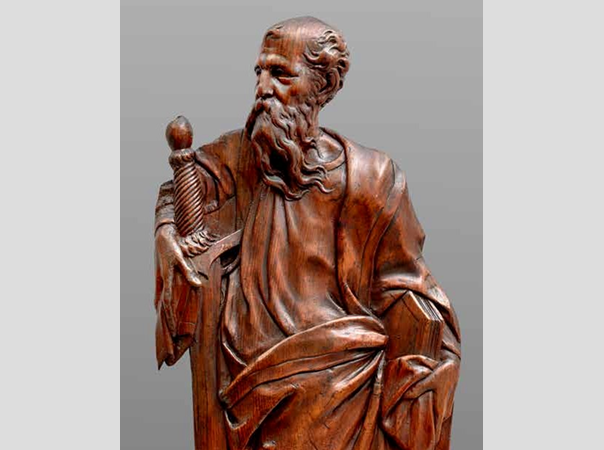