The origin of the Spanish artistic genius

Due to the discovery of the Alonso Berruguete pair of sculptures, St Peter and St Paul, we began to be deeply interested in XVIth century sculpture, pinnacle of Spanish History, in which coincide, in less than a generation, the end of the Reconquista, the discovery of the New World and the constitution of the Spanish Empire under Carlos I, three events which change European History. This extremely Spanish influential political period would have an immediate effect on the blossoming of the arts and very specially on the Art of sculpture characterized by a special fusion between a very particular local Gothic style, a mixture of naturalism and expressionism, with a magnificent carving technique, brought by a group of Northern artists who came to Spain in search of the numerous commissions to carve altar pieces paid by the Spanish Church, and with the quest for classical ideals brought from Italy by three exceptional artists, Diego de Siloé, Bartolomé Ordoñez and Alonso Berruguete. The latter, one of the first mannerist artists protected by Michelangelo and close to the Florentine "enfants terribles" Pontormo and Rosso Fiorentino who, once Berruguete returned to Spain, showed his particular artistic genius in extremely expressive and flaming polychrome sculptures, transforming Toledan artistic taste and preparing the path for understanding El Greco’s Art eighty years later. 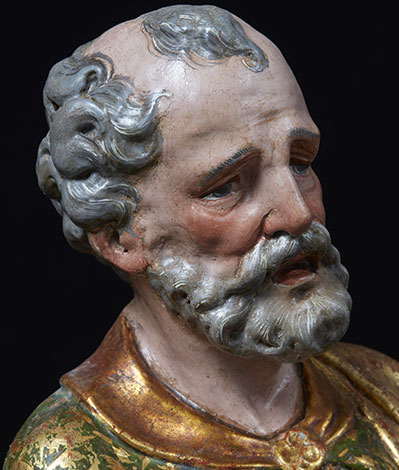 Due to this convergence of factors, which is a characteristic peculiar to Spain, a sense of national conscience begins to take root and this will create what is named “lo español”, which in Art, and specially in Sculpture, expresses itself in a particular and different way from Italian or North European Renaissance Art. It is an Art which always illustrates religious subjects, in which expressiveness and concept are of supreme importance, instead of being a search for natural human beauty. It is an Art in which Gothic survives as it expresses better the concerns of Spanish artists whose genius is the result of the cultural clash between Christians, Moslems and Jews; an Art supremely national in its origin, which was being polished and refined, as mentioned previously, by the influence, on the one hand, of Flemish, Burgundien and German artists who were forced to emigrate due to cultural changes in their countries of origin and, on the other hand, influenced by the assimilation of the principles of the Italian Renaissance, gathered by the “Aguilas del Renacimiento Español” during their sojourn in Italy. An Art which, in spite of these influences, nevertheless remains faithful to its roots, as long as the Spanish genius prevails by simplifying shapes and lines. This gives to Spanish Art a modern “allure” whose best examples are Juan de Valmaseda and Alonso Berruguete; two artists completely Spanish genetically, although they are different from one another due to the circumstances of their lives, since Berruguete knew the most advanced Italian Renaissance currents “in situ” and Valmaseda never left Castilla in all his life.

Since we have been deeply imbued with the spirit of this period, we have developed an eye which enables us to select other good examples of sculptures from this period, always guided by an obsession to distinguish remarkable design and quality in execution. Thanks to this devoted quest, we discover several other Masterpiece sculptures which form a Corpus which we hope to extend with new discoveries and plan to exhibit during 2018 in our new social address in Helmond (Holland). We therefore propose to undertake the project of revealing Spanish Renaissance Sculpture to Museums, scholars and curators who would invite to visit and inspect our collection and consult our library specialized in XVIth Century Spanish sculpture. 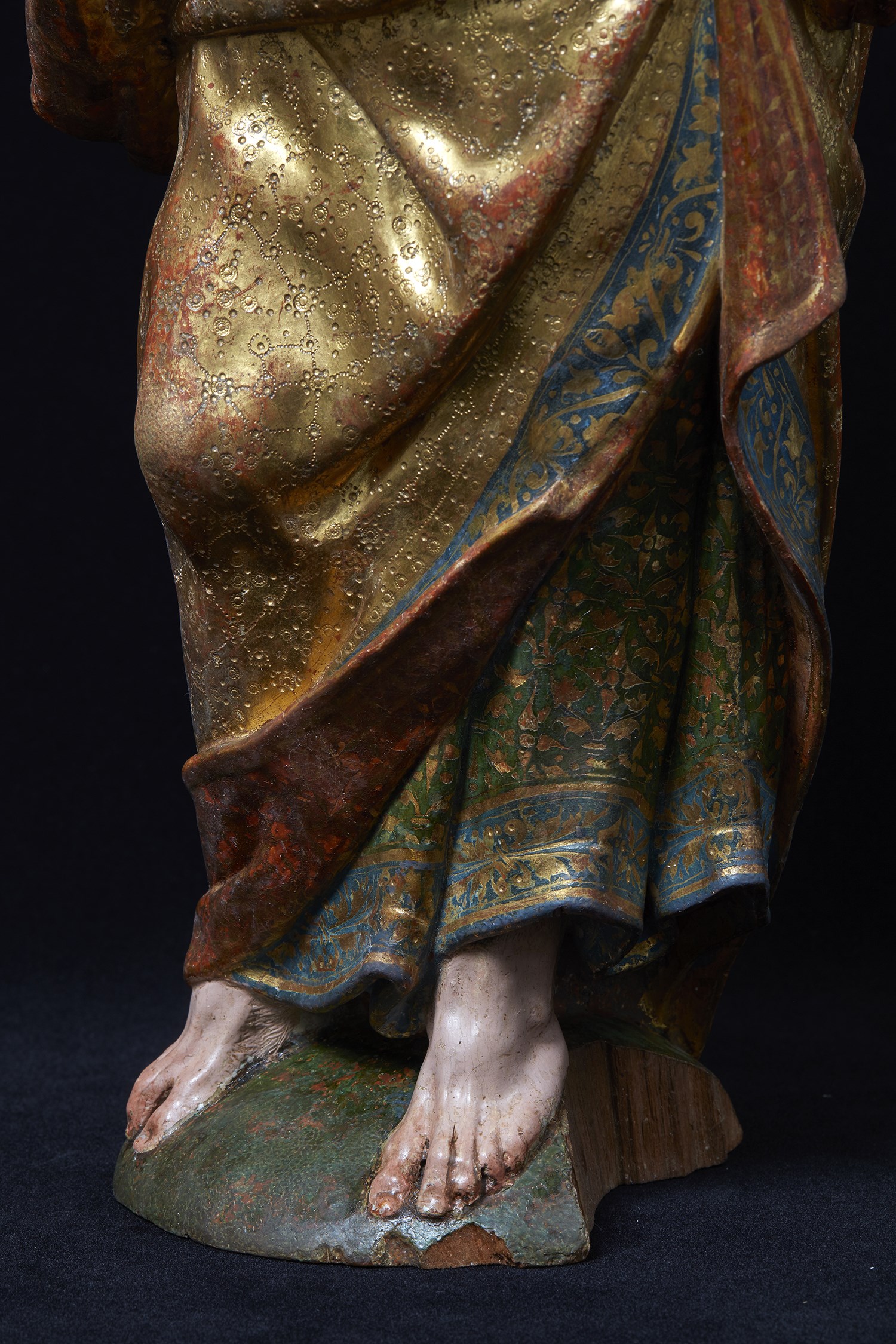 A pair of sculptures of Saint Peter and Saint Paul, by Alonson Berruguete